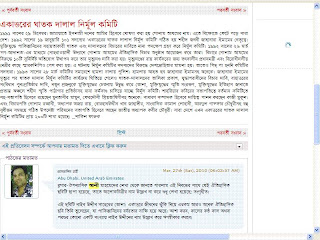 The mother elephant lifted her trunk upward and sniffed the air to sense whether her child was on his way. She tried her best to widen her tiny eyes to get a clear view of her son, but she did not get a glimpse. She sighed with disappointment and regretted her minuscule eyes which did not serve her well and wished if she could have vulture’s sharp eyesight.
Her baby was hastening toward her leaving a wreck of broken shrubs and thick cloud of dust behind. She snapped at the baby, ‘What made you run so fast? Are you insane?’

The baby came to a halt. It was hard to keep his temper down, he said curtly to his mother,’ I am wondering if you possess two mouths and one year as an exception! You talk way too much than it is necessary.’
The mother decided to punish the boy because she could not approve his rebellious attitude, but all of a sudden she got transfixed and shivered in horror. Her baby was bleeding awfully, where he got that from!

The mother said (eyes full of tears), ‘Dear, did you just have a fight with someone?’
Baby elephant: ‘Why would I do that? I do not fight without reason’.
Mother elephant, ‘You must have got into trouble with the other troublesome boys’.
Baby elephant: ‘What nonsense! Would you please stop whining and make some medicinal potion to heal my wounds?’
Mother elephant demanded: ‘How did you get injured then?
The Baby elephant burst into tears and sobbed, ‘I was in a great hurry while I was crossing the railroad, then I stumbled and fell into the ground. A train came right at that time and hit me. How merciless was that! It did not even consider stopping!’


The mother elephant felt such an agony of hatred that her whole body was shaking in rage. Human again! They are the meanest creature in the planet. They take away their tooth (ivory) to make whole bunch of rubbish. Such a dishonor to the elephants! They even make them carry woods. They lock them in the zoo. They command them to greet people with their trunk. Imagine, they also command stand on a tool with four legs. They simply manipulate the elephants just like puppets…the mother elephant felt an undeniable impulse to take her revenge against those terrible injustices.
Mother elephant said aloud: ‘I am going to teach them a lesson! I am just waiting for the damn train to arrive. Then they will suffer my vengeance!’
Baby elephant (in a fearful squeaky voice): ‘Don’t even think about that mother! You have no idea; a train moves in an extreme high speed, it will simply knock you to the ground.’
But the mother elephant made up her mind and did not bother to answer. She was muttering to herself, ‘It is an unforgivable crime for a mother not to take revenge for her child. This life is not worth living if I deny my duty. It is not easy for my child to feel the affection that I carry within me which is beyond any description. We are not like human who tries to express all sort of feeling verbally. She started to feel pain in her body with an emotional numbness. Using her trunk she sensed that the train was coming, still far from eyesight. She said to her son, ‘come with me’.
The mother elephant stormed forward causing a violent mayhem on the ground. She got determined to break them into pieces. She ripped off an enormous tree and started to rotate it using her trunk. She took her position on the railroad and was about to attack. The intercity train was blowing the whistle insanely and stopped at the dead end created by the elephant. The outraged mother elephant wrecked the engine smashing it with the huge tree.
'Bukin' was travelling on that train with his parents. The train came to a halt suddenly causing a wild swing and his father fell off from the seat. He lost his glasses and could not find them anywhere, then started to shout anxiously, ‘Where are my glasses?
His mother gave a yelp in fear, ‘God, what’s going on…’
His father was still yelling for his glasses which made his mother furious, ‘We are in the middle of a serious trouble, for God’s sake forget your spectacles.’
Bukin’s father almost lamented, ‘I can’t see anything without my glasses, and my vision is blurred.’
Bukin’s heart leapt in panic. He could not stand his father’s helplessness. He never realized that his father was almost blind without glasses. He looked unsecured than ever!
Looking at Bukin’s concerned expression his father got a grip on himself and asked Bukin, ‘Would you please have a look though the window and let us know what’s happening there? Don’t expose your head too much outside the window.’
Bukin peered through the window nervously and made running commentary, ‘Dad, people are running away in every direction because our train has been attacked by elephants. Look! A baby elephant in badly injured and covered with blood! Oh never mind, I forgot that you can’t see without your glasses.’
The baby elephant did not like the idea of attacking the train. He pointed at Bukin and spoke to his mother (in a mournful voice), ‘Mother, look! How charming that young boy is! He has got a friendly look, I think he likes us. See, he is feeling sorry and weeping for us!
Mother elephant (gave an angry gaze to her son), ‘You got to ignore him, don’t soften your heart so easily. Today they will be smashed to the ground.’
But the baby elephant resisted strongly ‘Let it go mother! Have mercy on them, I insist.’
The mother elephant embraced her baby with a great affection. She sighed and made her way through the jungle thinking bitterly about the human race. Human can easily hurt others without feeling the slightest resentment which is impossible for her to do being a beast!
...


*This story was based on a true incident that had been published in 'daily Bhorer kagaj' in 21.02.93. The news said that a baby elephant got hit by a train coming from 'Sylhet'. Shortly after that, an adult elephant arrived and destroyed the train engine using the trunk which was on its way to 'Akhaura'.
(May be all the motherly instincts are alike! That could be the reason for this statement: God wanted to reveal his compassion by saying, ‘I cannot be present everywhere to show my love, that’s why I have created mothers to love you.’)
**English translation by: Tithi, Canada
Original post (মা হাতি)
***সহায়ক সূত্র (Hyperlink):
মা হাতি: http://www.ali-mahmed.com/2009/01/blog-post_20.html